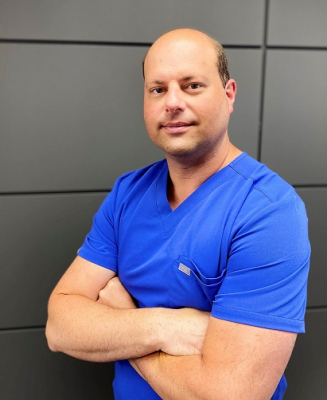 Dr. Boikovitis was born and raised in Mississauga, ON. He attended The University of Waterloo where he completed an Honours Bachelor of Science in Pre-Optometry/Pre-Health. He moved to Philadelphia to attend the Pennsylvania College of Optometry at Salus University and graduated with a Bachelor of Science in Vision Sciences and Doctor of Optometry degree where he received The Excellence in Primary Care award.

Dr. Boikovitis has extensive clinical experience in ocular disease, contact
lenses, and primary care. He completed clinical externships in ocular disease at two Veterans Affairs Hospitals, one in Rhode Island and one in New York, as well as with an Ophthalmologist in the Niagara Region. In addition, he completed a contact lens externship in Woodbury, New Jersey with Dr. Joel Silbert and a Primary Care rotation at The Eye Institute in Philadelphia.